Home About Us Our Conductor Charitable Donations

The Chatham Concert Band was organized in December 1927 and in 2002 celebrated 75 years of continuous operation. The band is under the direction of BandMaster Vaughn Pugh.

The Band members are musicians from the local area and perform in the following areas:

The organization has subgroups that perform for smaller or on request functions. These are The Dixie Cats (Dixieland music), The Hungry Five Polka Band, The Jingle Bell Rovers Christmas Group and The Primitive Roots Jazz Band, an 18-piece stage band for dancing.

Over the years, the Band has performed for the Queen of England, various Prime Ministers, Ontario Premiers, the R.C.M.P Musical Ride, and at the Canadian National Exhibition.

Members of the Band are volunteers and range in age from pre-teen to 80+. We have a co-ed membership from all economical statuses and careers. Currently, there are 35 active members in the Senior Band and 50 members in the youth groups.

The Band currently receives financial support from the Municipality of Chatham-Kent. The Municipality also provides maintenance, hydro and water for the municipally owned Bandshell in Tecumseh Park, Chatham, Ontario. The band has also received funds from the Ontario Trillium Foundation. 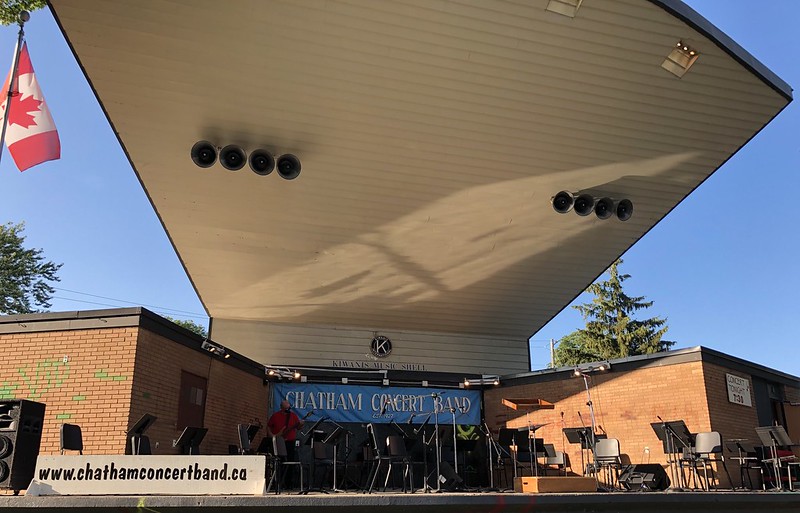